As Illustrated Below both New York State and Federal Guidelines for essential services include Building maintenance Services and Construction Services.

The attached list identifies workers who conduct a range of operations and services that are essential to continued critical infrastructure viability, including staffing operations centers, maintaining and repairing critical infrastructure, operating call centers, working construction, and performing management functions, among others. The industries they support represent, but are not necessarily limited to, medical and healthcare, telecommunications, information technology systems, defense, food and agriculture, transportation and logistics, energy, water and wastewater, law enforcement, and public works.

The links above provide clear Federal and New York State guidelines defining which industries are classified as “Essential, Critical.”
Construction and many construction trades are explicitly mentioned. Third Floor Corporation and Doctor Structure Incorporated are open and operating, though at the same time we are striving to minimize the potential for viral contamination to ourselves, clients and other operating stakeholders.

Though we are not on the front lines in the way of medical personnel, grocery and other food supply workers, pharmacists, emergency first responders and so many others, we have taken the stance to retain the integrity of our organizational functioning to see that our clients’ homes are functioning safely and properly and to be available as needed with tools, vehicles, labor power and equipment. We are committed to finishing up projects during which families’ homes are exposed to the elements or are in any way left unsecured.

We are not accepting any interior construction work in occupied homes and our crew has been instructed not to enter occupied dwellings to use the bathroom or for any other non-emergency reason. We are dividing crews so as to minimize unnecessary interpersonal contact. Client meetings and architectural conferences have gone virtual. Any of our staff who are symptomatic are instructed to stay at home until they are fully recovered and we are adopting a flexible stance toward workers and trade contractors who have family obligations related to the present crisis.

Good health and safe passage to all.

Friday December 6 the North Eastern Sustainable Energy Association (NESEA) will tour our recent project in Cold Spring New York.  For more information follow the link below. If you are interested to attend please register with NESEA 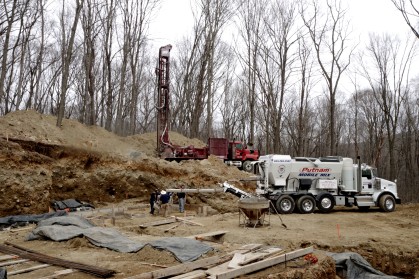 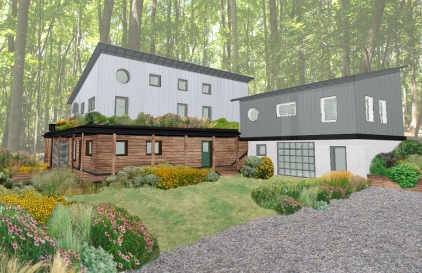 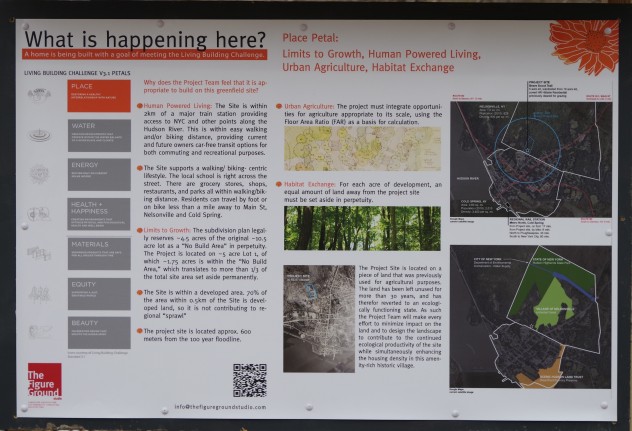 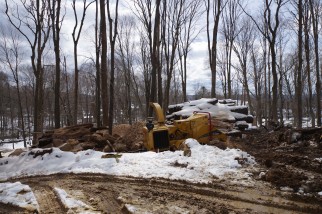 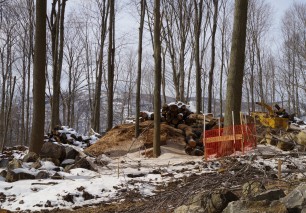 Lumber to be milled for project use

All materials stored on site for productive use. Trees cut to length for milling with lumber available for project use. Mulch for landscaping. Firewood for wood heat.

Below are a few photographs of our crew, having cribbed up beneath the old wooden girder featured in our prior articles Center Beam Replacement 19th Century Post and Beam House Harrison NY, and Structural Preparations Harrison NY We are ready here to cut and remove the failed girder. Ben is featured cutting out the beam with a chain saw. Israel and Gerald are featured prepping the cribbing before the cut. 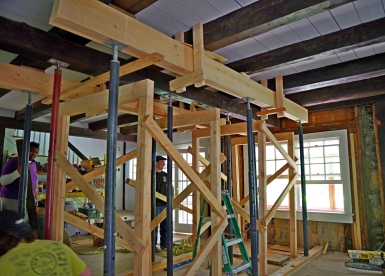 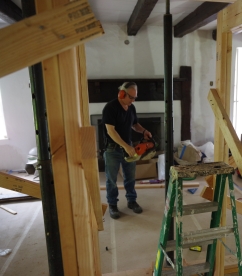 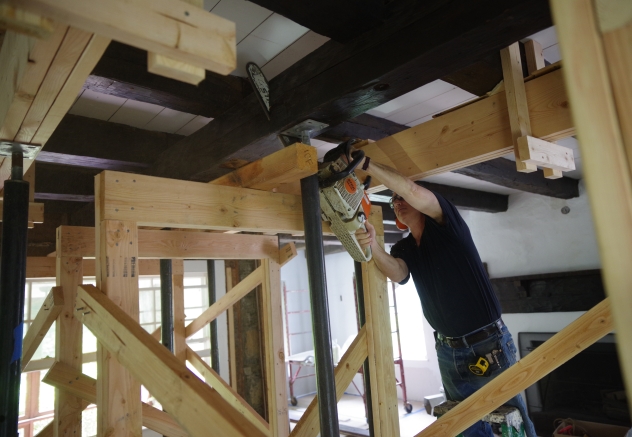 Below Shows the girder removed with the old joists notched. 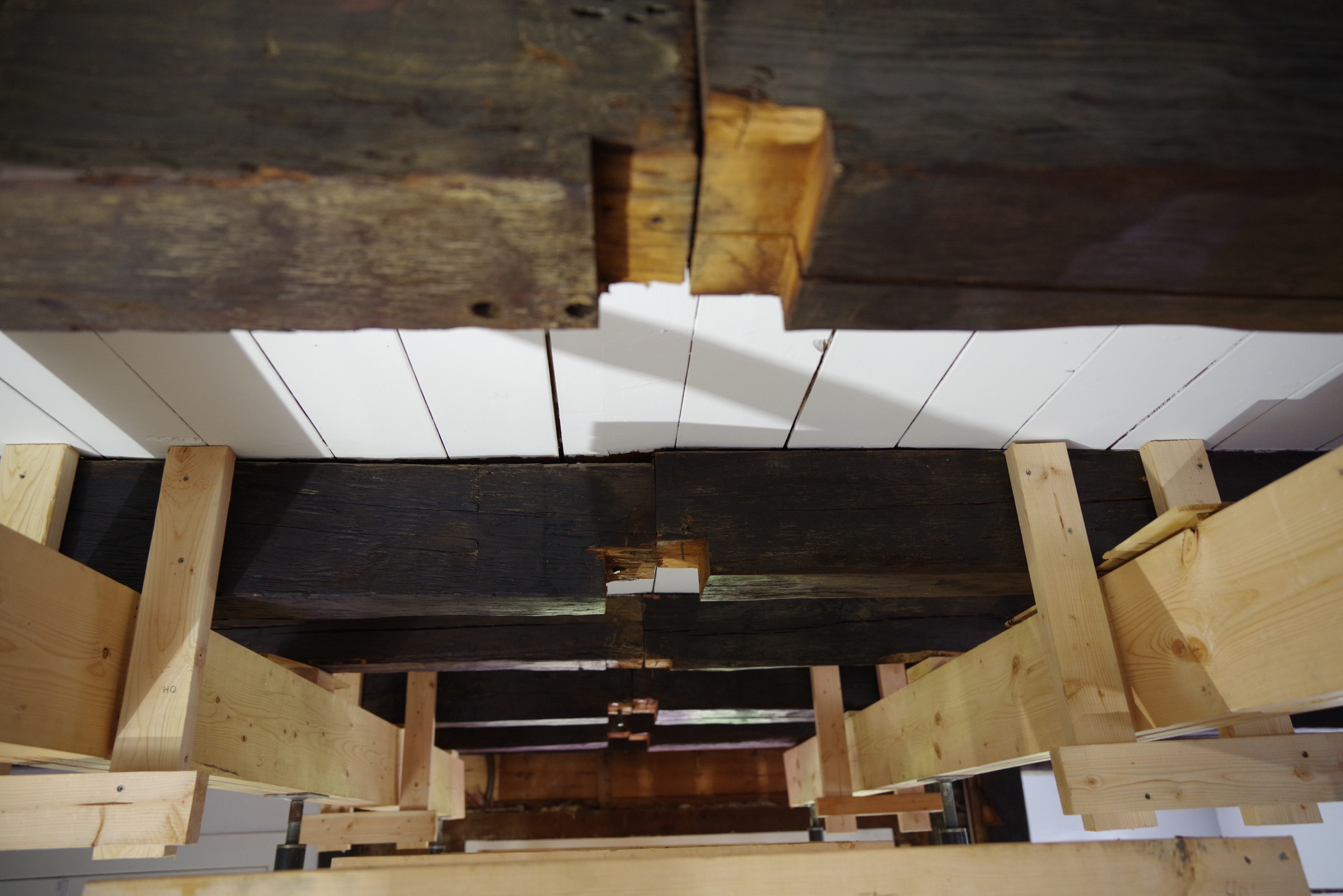 Photos are by Ben Fiering and Gerald Moore, Reproduction only by permission of Third Floor Corporation and Doctor Structure Incorporated #thirdfloor

Doctor Structure is in (or shall we say under) the house. #housecalls #thirdfloor 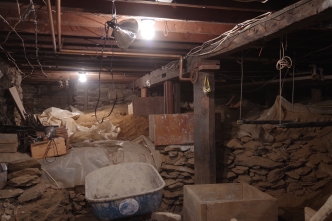 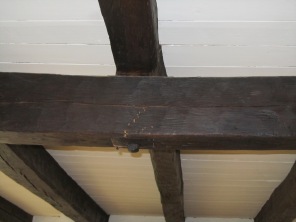 Lest there be any confusion, Doctor Structure does make house calls. 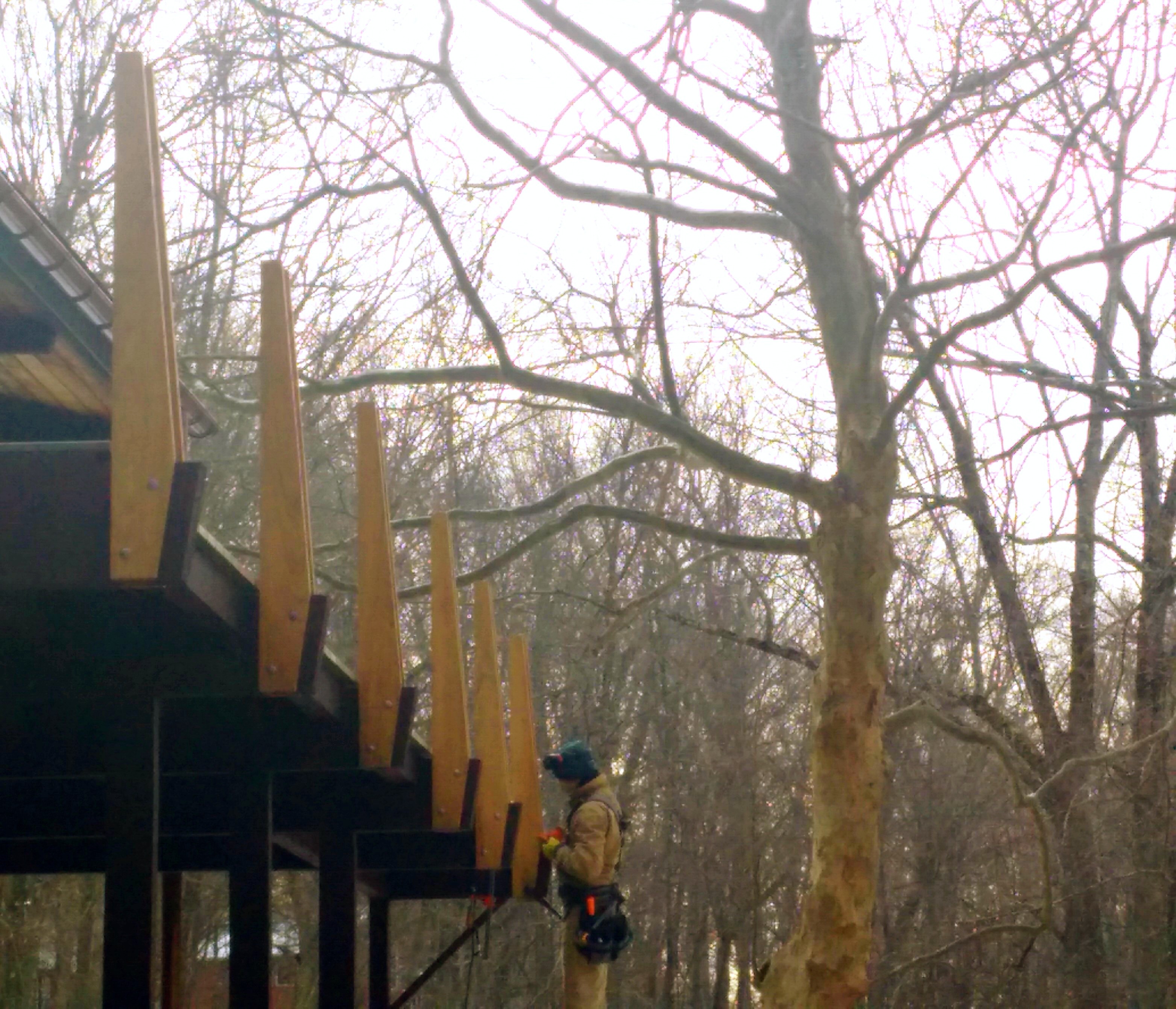 This article was published this week it is copied in full to our blog.

Ben “Doctor Structure” Fiering, the master builder at Third Floor Corporation, knows better than most that good things take time.“We try to be mindful of the time, but…” says Ben, before trailing off. He chooses his next words carefully.

“The things we build are going to last forever.”

After five minutes of speaking with Ben, it’s clear that he’s passionate about the construction and restoration work his company does every day. He’s not shy about admitting that high quality work is their number one priority.

Ben started Third Floor Corporation in 1993, but he’s been in the industry since the early eighties, when he started working construction while studying social history at college. His passion for building things had been kindled even earlier than that by his father, Norman Fiering, a skilled carpentry hobbyist.

Third Floor Corporation was started in Manhattan, and their first project was converting old warehouse space in to a three-unit live/work space for artists. Today, they are a full-service construction and general contracting company serving private residential clients in New York’s Hudson Valley.

“I live in one of the most beautiful places in the world,” Ben says of the Valley. In his spare time, Ben enjoys exploring the area’s abundance of nature, photography, playing guitar, and studying the history of art, craft, and architecture.

From the way Ben talks about his line of work, it’s clear that Third Floor Corporation are not your average construction company. They specialize in structural repair, and the restoration of both classic and modern architecture.

“[We have] an intimate understanding of the challenges involved in the restoration of antique buildings,” Ben says, when describing what separates his company from others. He speaks with pride and admiration when talking about his staff, the trademark of a business owner that treats his employees with respect.

With over thirty years in the workforce, though, Ben is the first to admit he’s faced some challenges.

“Maintaining a stable workflow depending on changes in the economy is a challenge.”

While 2017 is sure to hold some challenges of its own, Ben does not seem fazed. Perhaps it’s because building things is more than a job, for Ben; it’s a passion he inherited from his father.

If you’re interested in discussing a project with Ben from Third Floor Corporation you can reach him on (914) 263 6148 or at ben@thirdfloorllc.com. You can also follow Ben on Twitter as @Dr_Structure.

Looking for something else? Submit a free request on EZBZ for what you need and where you need it, and we’ll get you quotes from providers in your area. Try it out today at myezbz.com.

The following list is the required list of tools to be in the possession of a carpenter’s apprentice on her or his first day of work for Third Floor Corporation.
Ben Fiering–Fort Montgomery, NY August 29, 2015

Apprentices helpers and contractors who desire to advance to the standing of carpenters on Third Floor Corporation projects, should come to work every day equipped with at least the following tools and a tool bag or box in which to keep them organized.

[There are a variety of branded products mentioned below and a few retailers.  It should be clearly stated that this blog accepts no funds or other support from retailers or manufacturers and that these should not be considered as endorsements. They are meant only to aid in locating and identifying the tools mentioned.]

In addition to these it is useful for people to have in their cars some basic painting supplies, a caulking gun putty knife etc.